What Do I Need to Know About OCD?

Anxiety disorders are the most common type of mental illness experienced and diagnosed in the United States today.

Obsessive-compulsive disorder, or OCD, is a major subtype of this illness. Affecting one percent of the U.S. population, this disorder is a significant problem for over two million adults. However, there is hope for chronic sufferers through therapies, targeted medications, and long-term professional help.

As an anxiety disorder, OCD is characterized by worrisome, upsetting thoughts that seem impossible to keep at bay. These intrusive thoughts are termed obsessive because the individual cannot turn them off despite how hard they try.

Additionally, a sufferer will try to get rid of his unwanted thoughts using certain behaviors, habits, or rituals that help them feel better and temporarily avoid their anxiety. These behaviors are called compulsions because the individual feels as if he has no choice but to do them.

The difference between OCD and normal worry or anxiety is that the thoughts and behaviors associated with OCD actually become disruptive to everyday life. They may waste time, injure the individual, or make tasks more difficult or impossible to complete. Although many adults know that their thoughts and behaviors are not normal or healthy, they may find it difficult to change their thoughts or stop their compulsions.

Signs and Symptoms of OCD

Signs and symptoms of typical OCD patterns include both obsessive thoughts and compulsive behaviors. However, some individuals deal with only one of these symptom types. In general, the symptoms are characterized by significant disruption of life and may affect everything from relationships to school or work.

The first major symptom is repeated obsessive thoughts, which cause anxiety and come unbidden.

Some common types of problematic thoughts may include:

The second major symptom type is compulsive behavior, which may or may not be present along with the obsessive thoughts. These behaviors are repetitive.

Individuals engage in them in an attempt to set their minds at ease. However, the actions never permanently solve the problem, but only provide a temporary respite from anxiety.

Some of the most common compulsive behaviors associated with OCD include:

Because many people with OCD know that their compulsive behaviors are not effective and do not make sense, they may try to avoid them. Unfortunately, they will find themselves incapable of stopping them altogether. Eventually, they may feel as if they are forced to continue these behaviors to find temporary relief from their anxiety.

All obsessions and compulsions tend to follow specific themes. Most individuals will find themselves caught in the undercurrent of one particular theme rather than several themes at one time.

While the majority of those diagnosed with OCD are over the age of 19 and younger than 35, this mental illness can develop at any age. In fact, certain young children and teenagers fight against obsessive thoughts and compulsive behaviors. They may struggle even more than some adults do because they are unaware that their impulses and concerns are not normal.

There are several factors that may put individuals at an increased risk of developing OCD. In general, these can be narrowed down to genetics, brain structure, and the environment.

Genetics seems to be a very strong indicator because approximately 25 percent of individuals who have a parent or sibling with OCD will develop it themselves.

Although one’s genes are certainly important in developing OCD, they are frequently not the sole cause.

For many, a difference in brain structure or brain functioning seems to be the underlying cause of the disease. For example, some researchers believe that those with OCD do not enjoy normal communication between the frontal lobe and deeper portions of the brain.

Additionally, low serotonin uptake levels may be to blame in some individuals as increasing serotonin levels improves the functioning of key brain circuits.

Finally, traumatic events or those events determined to be highly stressful early in life may cause OCD in some individuals. This is more often the case with children diagnosed with the disorder. Another related cause of OCD in children is a serious streptococcal infection that leads to PANDAS, or Pediatric Autoimmune Neuropsychiatric Disorders Associated with Streptococcal Infections.

However, even very traumatic events later in life can trigger the intrusive thoughts and rituals associated with this disorder.

Quick treatment following a professional diagnosis can limit the effects of OCD and stop it from significantly disrupting one’s life.

Today, treatment for OCD focuses on a regimen of medications and therapies. However, some individuals may use only one treatment type under the guidance of a trusted physician or psychiatrist.

Treatment can begin after a definitive diagnosis, which will usually include a physical examination with lab work to rule out other possible causes of the symptoms.

Cognitive behavioral therapy, or CBT, is the gold standard of OCD treatments. This therapy focuses on the messages that individuals tell themselves about what is happening around them. Many of the thoughts associated with OCD are erroneous and learning to tell oneself the truth or discovering how to interpret happenings correctly will help individuals decrease negative thoughts.

In addition to CBT, doctors or psychiatrists may recommend exposure and response prevention therapy. This therapy is designed to expose the individual to the anxiety-causing object to keep him from avoiding it in the future.

This type of therapy requires patience, effort, and time. It has proven effective in many scenarios.

In addition to therapy, some physicians will recommend one or more psychiatric medications. The first line of defense is usually antidepressants, such as Prozac, Paxil, or Zoloft.

In some cases, selective serotonin reuptake inhibitors can also help increase the amount of serotonin flowing through the brain. This may limit symptoms and decrease anxiety.

Although OCD can be a terribly debilitating disease, there is hope for those who struggle with obsessive thoughts and unwanted compulsions. Despite the lack of a cure, today’s treatment choices have proven to be quite effective for the millions of children and adults suffering from the disorder.

It is important to be honest and open with one’s doctor or psychiatrist, so the best solutions can be chosen as quickly as possible. 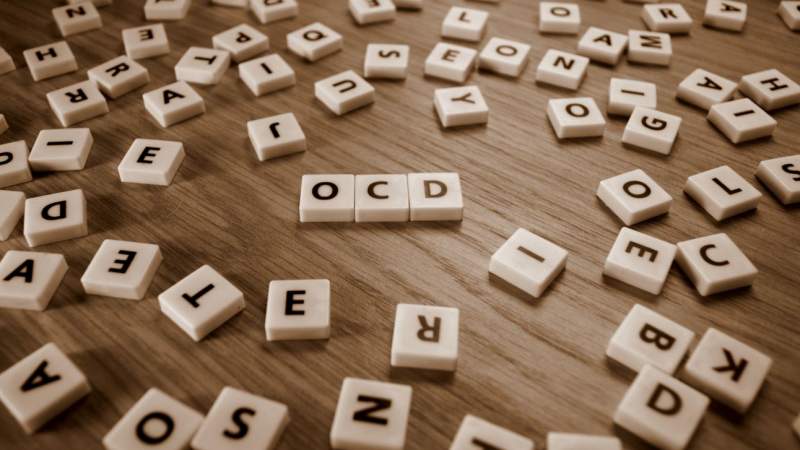 Stuff. It’s what dreams are made of. That’s why we pride ourselves in answering all of your stuff with the best stuff out there. So give us your best shot. What do you need to know? Submit your most pressing questions and let us do the work for you.